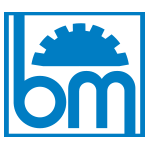 Since 1961 With Quality and Reliability

Since 1961 Basar Makina working in many fields of industries including food and textile, our company accomplished many first and original projects renewing its name as Basar Agir Makina in 1994 and continuing its services to many other companies in many fields extending its vast experiences together with plastic pipe machine and equipments manufacturing.

Our company has its own know how and technology in many fields and sharing them with other plastic pipe manufacturing companies such as its own pipe manufacturing lines while producing and designing special projects to these companies since the evolution of plastic development from past to today in Turkey. Some of our equipments and mechanism are patented. Adjustable Calibrating Sleeves are just an example to such Technologies amongst others. Basar Makina has the necessary staff and tools for fulfilling all the needs in pipe machine manufacturing with its universal and CNC machine platform.

Since 1961 Basar Makina is being a Turkish power with its new technology production and consistently development as usual. Also Basar Makina will resume to service you again for a long time.